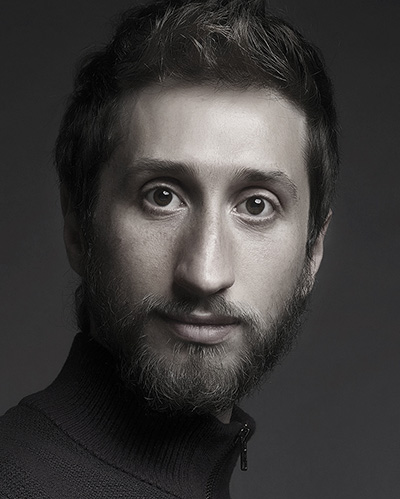 Gabriele Rosa was born in 1982 in Rome where he got his degree in Industrial Design. While still a student he had his first experiences at Poltrona Frau Group and later he worked in Fuksas architecture studio. In 2008 he set up his own practice and designed the first product for Zanotta. In the following years he gained awards and international attention thanks to very innovative projects, characterized by typological experimentation and sculptural aesthetics. He has worked with some of Italy’s most emblematic companies, such as Alessi, Antoniolupi, Nemo, Pallucco and Teuco, establishing fructuous collaborations. The firm, based in Rome, is focusing on product design but also on architecture and exhibit design and it’s able to create a unified and consistent vision.

If you got any questions, please do not hesitate to send a message.